"Tomorrow is forever all ours!"

Box Peek
And For That Reason

Kyle Bosman is an American writer, comedian and video personality. He joined GameTrailers in 2011, and gained major internet notoriety in 2013 after getting his own show, The Final Bosman[1]. He later went on to host their podcast GT Time[2], which heavily inspired the Easy Allies Podcast's tone and format, even bringing over some of its old segments, such as Love & Respect and Time for Bets. He is also the creator of Box Peek, and voices one of the main characters, CD Romanasello.

On March 13, 2020, Kyle announced via Patreon post[3] that he would be departing from Easy Allies the following month, citing that he needed to find his life's "main thing." In the same post, he mentioned that the Podcast would be hosted by Jones and that Damiani would take over as producer for Achieve it Yourself. 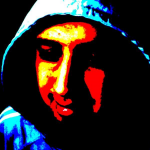 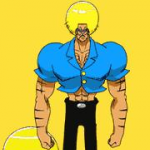